On a recent Friday at her home on the Nipomo Mesa, Grand Meadows Sponsored FEI World Carriage Driver, Diane Kastama, took her horse Rupert out for a drive.

Although she was in an automobile accident that left her paralyzed, Diane still drives carriages competitively. In late June, she helped Team USA take bronze at the 2014 FEI Para-Equestrian World Championship in Sandringham, England.

Recently Diane was featured in an article in the Santa Maria Times, highlighting her recent success, and inspiring story.

Grand Meadows has been sponsoring Diane and her team, Rupert and George for the last eight years, and are incredibly proud of their ongoing determination and success! 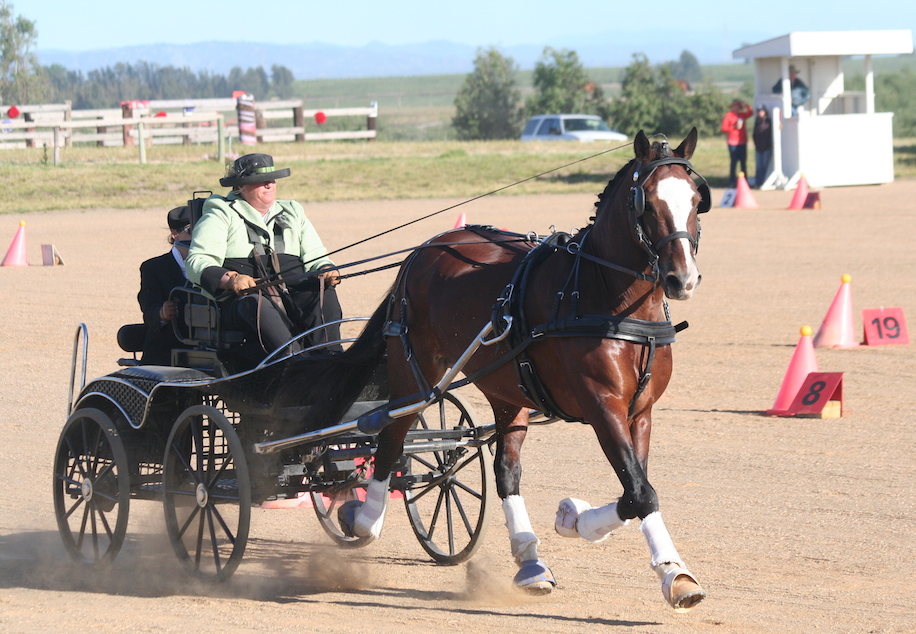