Last week we were included in a dry run at AT&T park to practice  delivering the three World Series Trophies and the trays of World Series rings to the Ring Ceremony. After three practice laps around the warning track, they decided the carriage wheels were too narrow and left impressions that they would not be able to fix before the game later that day.

My boys have had very little street work but have done Combined Driving Events which are just hold overs from the old days of driving in town and dealing with tight situations. Three points for a cone is nothing now compared to cement trucks and Porsches. Not to mention the metal grate bridge to and from the parking.

I am super proud of my Hackneys, Ricky and Nelson!

We have used Grand Meadows supplements since they were babies. Thank you, Grand Meadows, for healthy horses who can go anywhere. 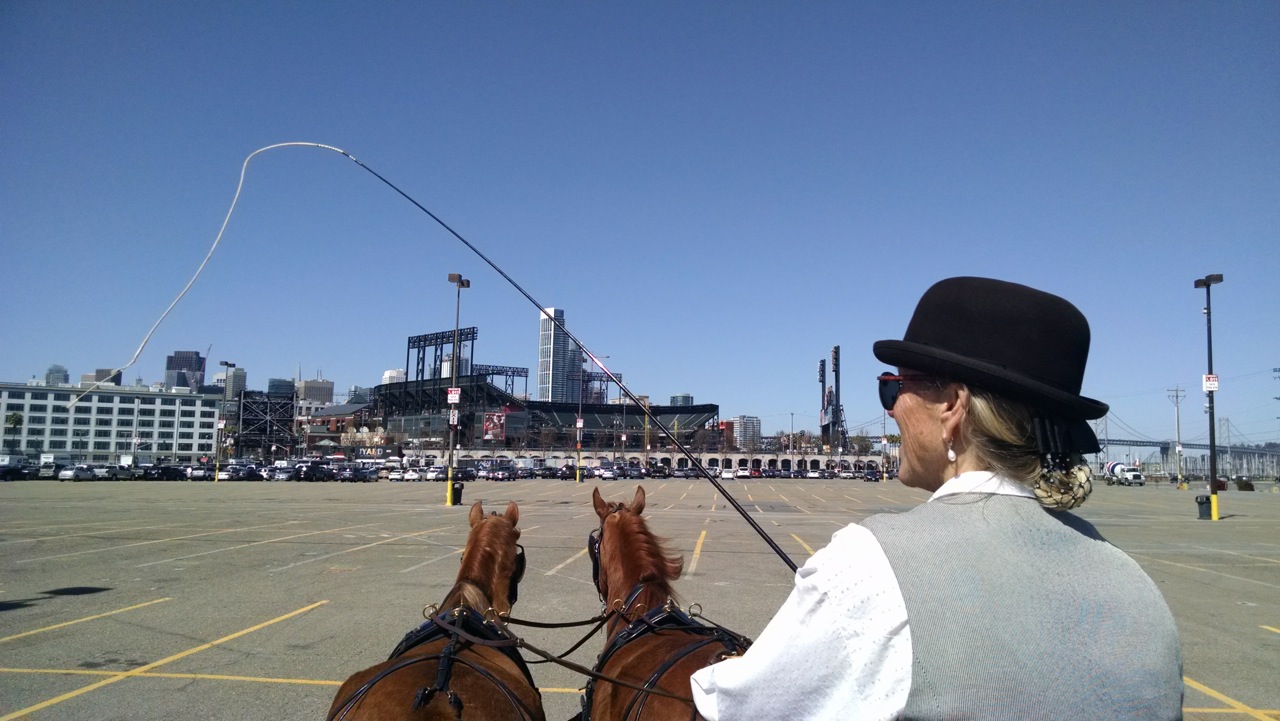